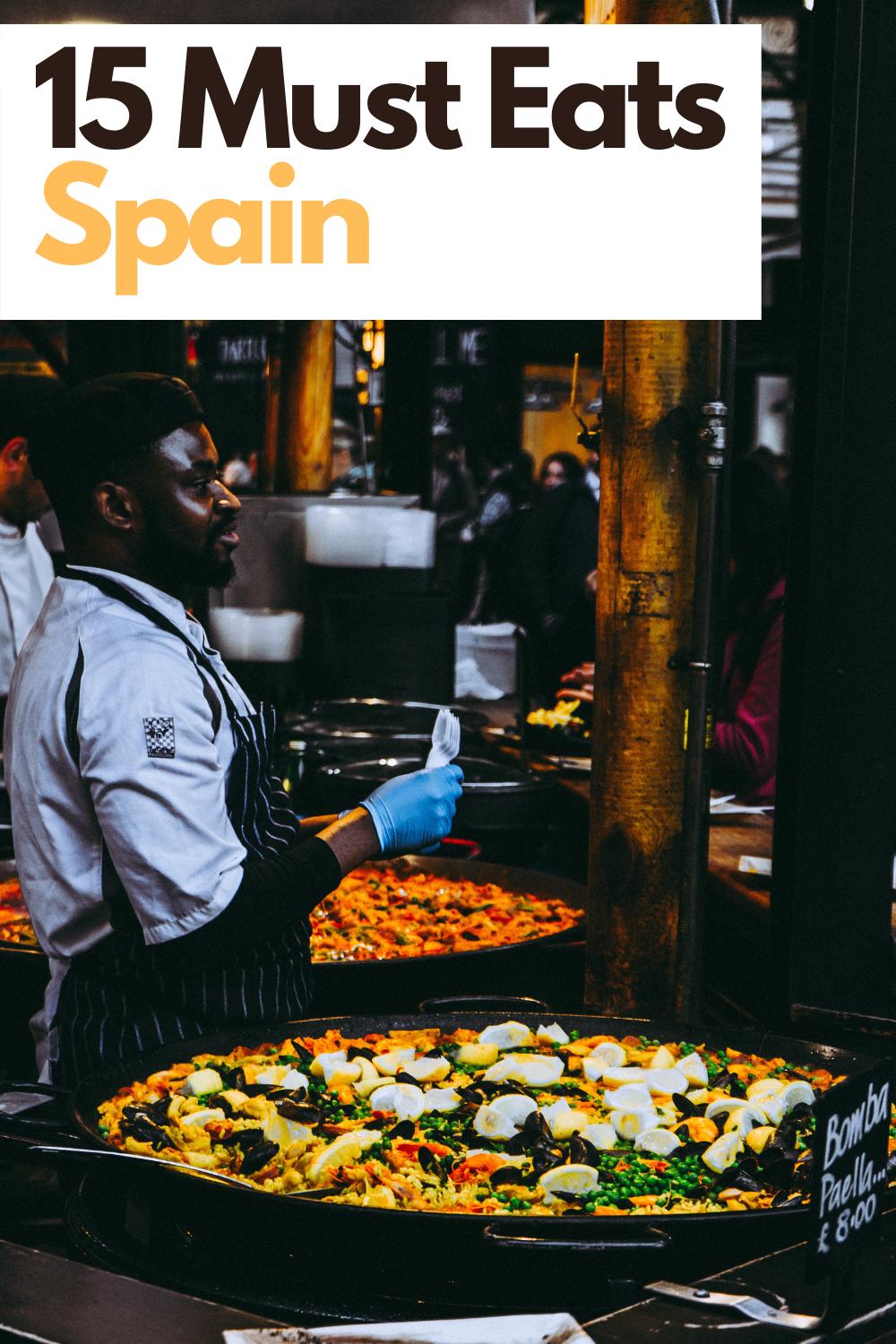 What to eat when in Spain – 15 Must Eats 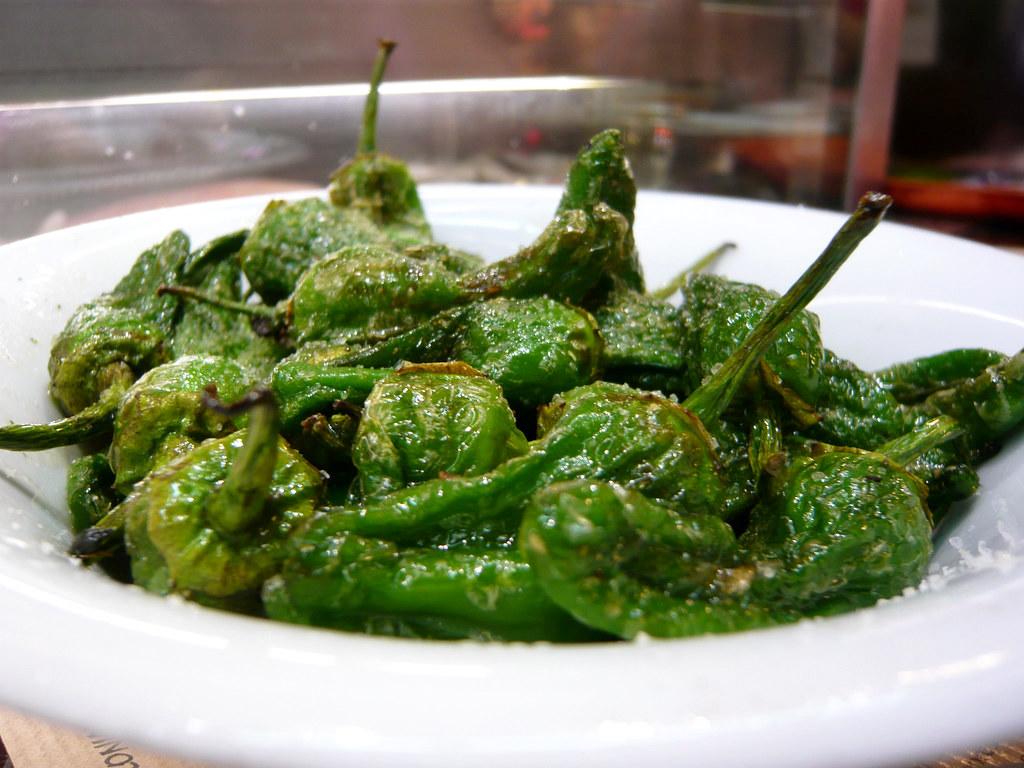 “Pimientos de Padron” by WordRidden is licensed under CC BY 2.0

The peppers are usually mild in taste and from the municipality of Padrón hence the name pimentos de Padrón. They are fried, salted, simple, just delicious. 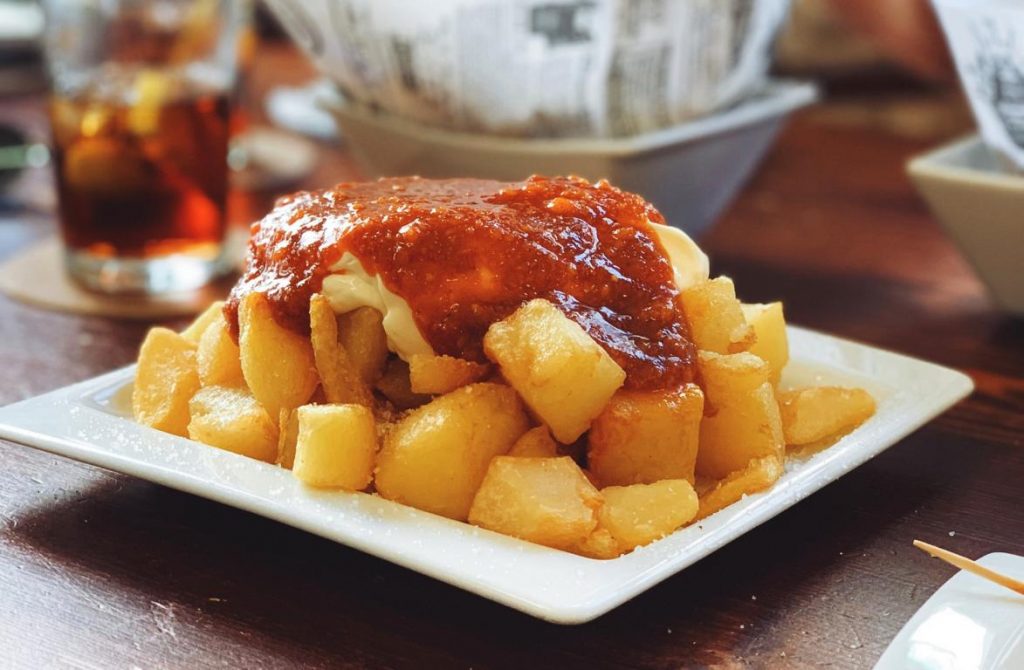 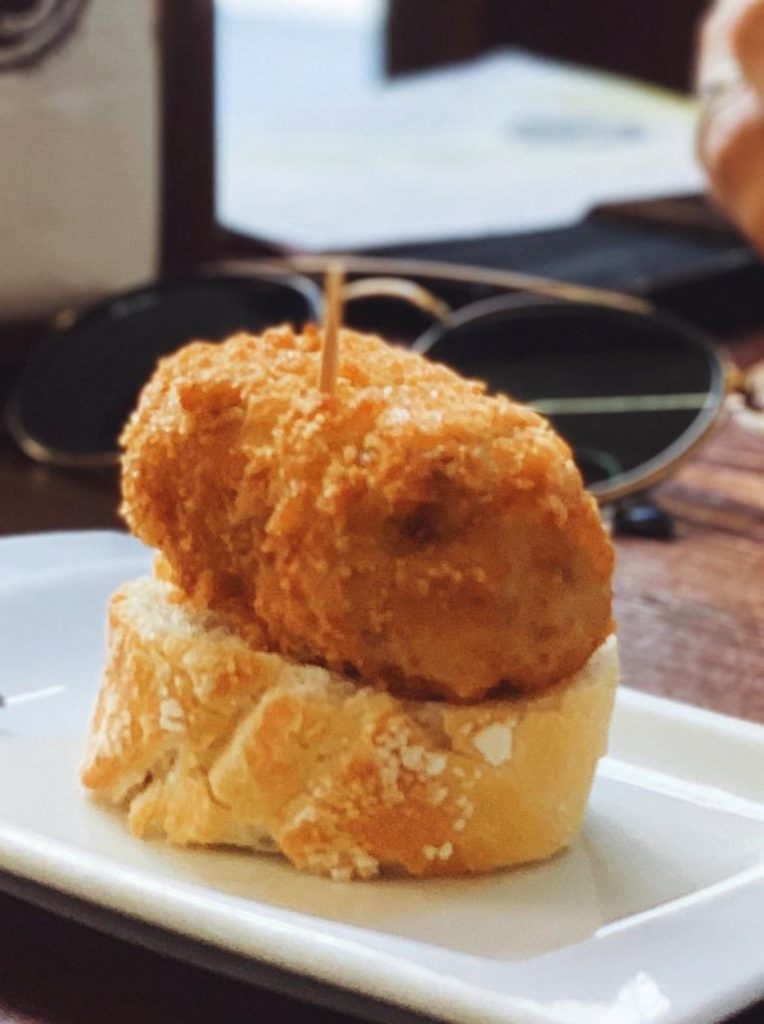 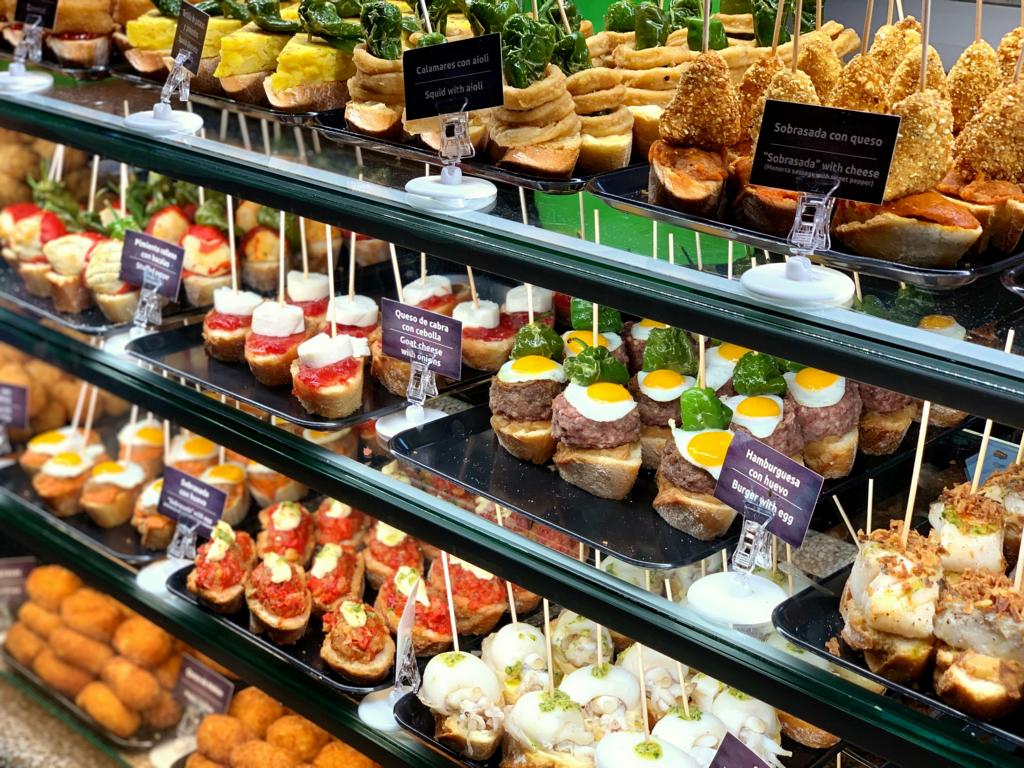 The first time I had tapas was in Barcelona, and I was actually surprised that they came with skewers. I only knew of the version on the little plates. The next surprise I had was when it came to croquetas. Croquettes exist in different variations all over Europe. I was used to the version I would describe as deep-fried mashed potatoes. Yes, they are as delicious as they sound. I Spain however they have a lot of versions of croquetas. Some filled with ham or fish. So getting something that tastes like fish instead of potato was a surprise. But a pleasant one, I really liked them. 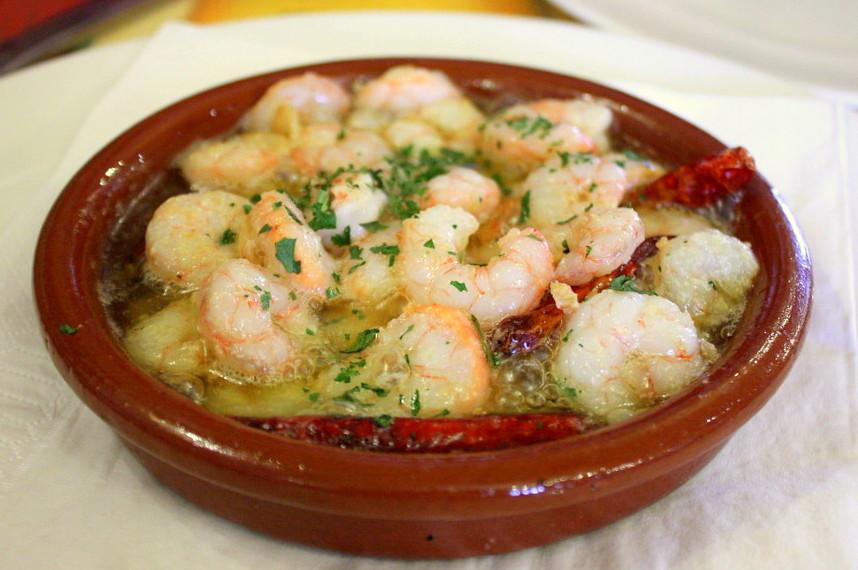 “gambrinus cerveceria gambas al ajillo” by goodiesfirst is licensed under CC BY 2.0

Another tapas classic is Gambas Ajillo. Which are shrimps or prawns fried with garlic. 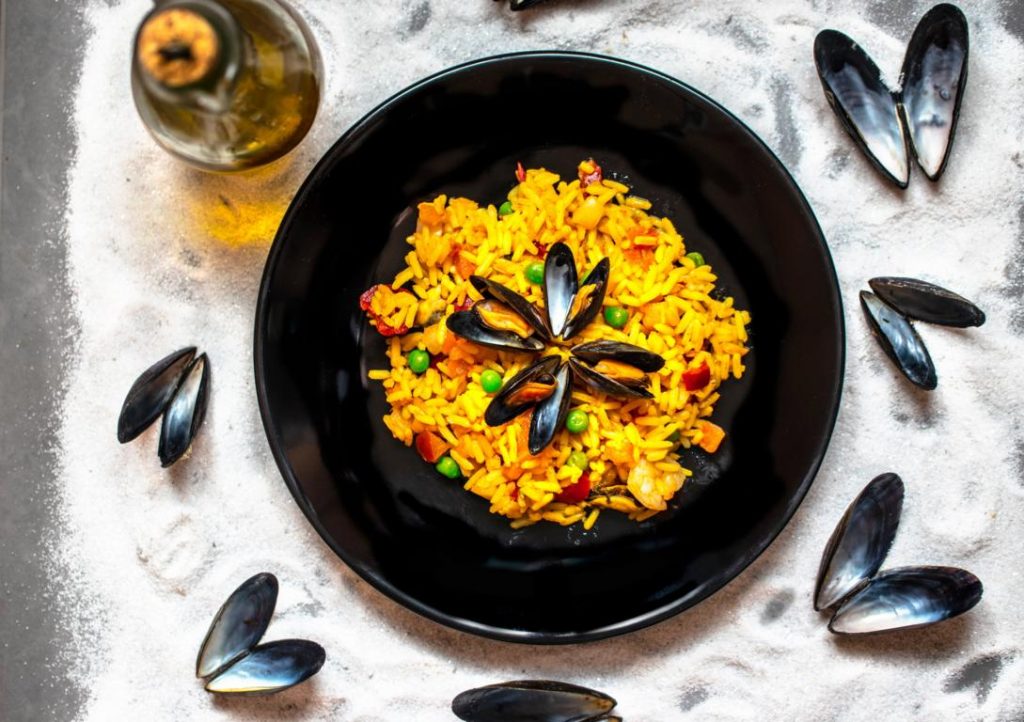 The Spanish dish probably everyone knows is paella which originated from the region of Valencia. The ingredients of this rice dish can vary. Typical ingredients are seafood, livestock, and vegetables. But be careful if you are looking for an authentic paella in Barcelona. It’s surprisingly difficult to find one. A lot of places, especially at La Rambla are tourist traps. Small portions for high prices. A restaurant in Barcelona where you can find good paella is the Colom Restaurant. 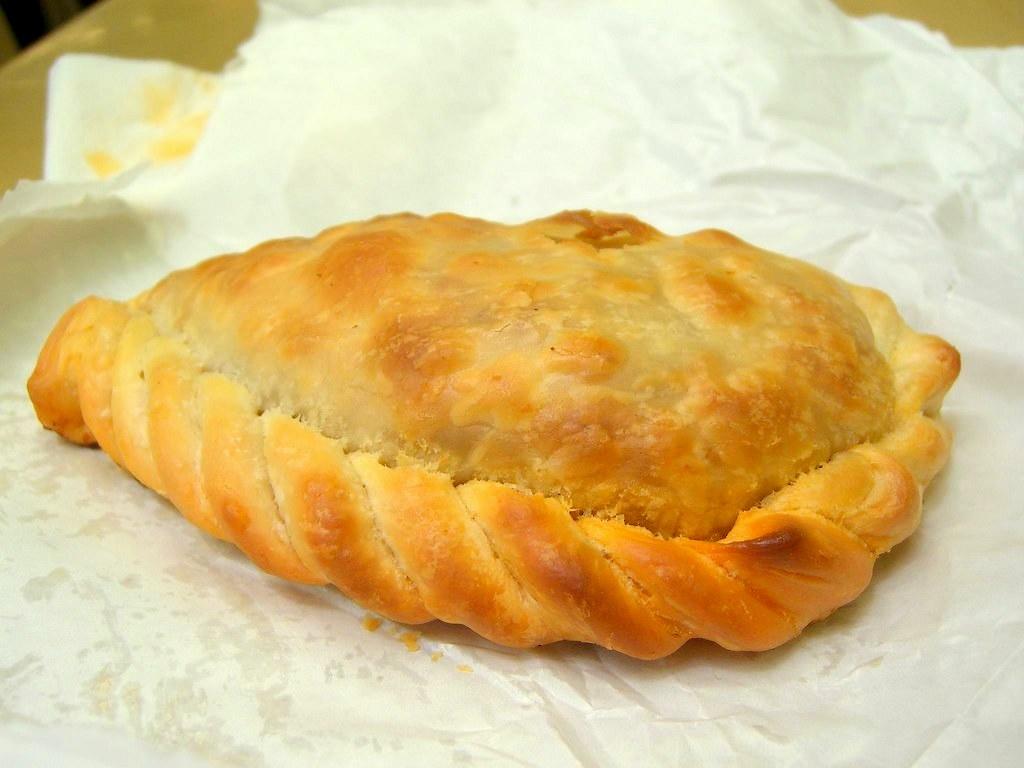 Empanadas are pastries with different fillings which are usually savory. Typical fillings can be meat, cheese, tomatos and mushrooms. 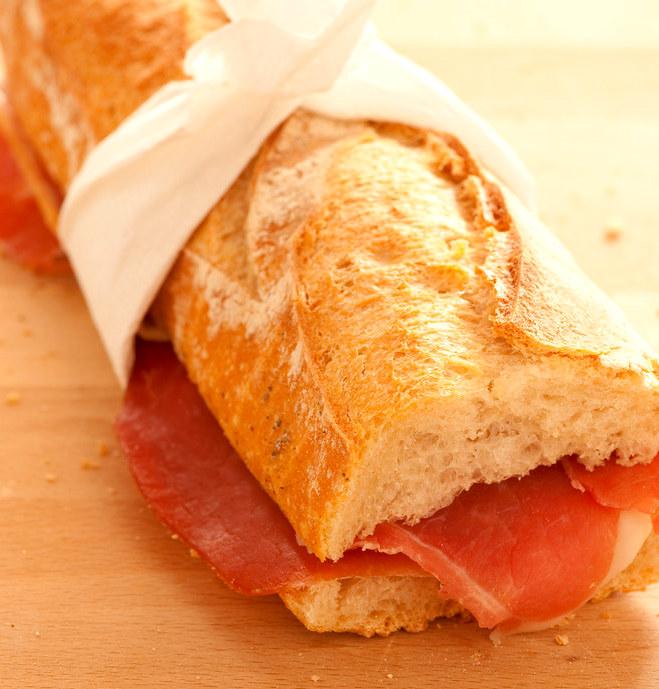 The bocadillo is the Spanish sandwich. It’s usually with baguette bread filled with various ingredients. The very simple ones might surprise you with their rich taste. 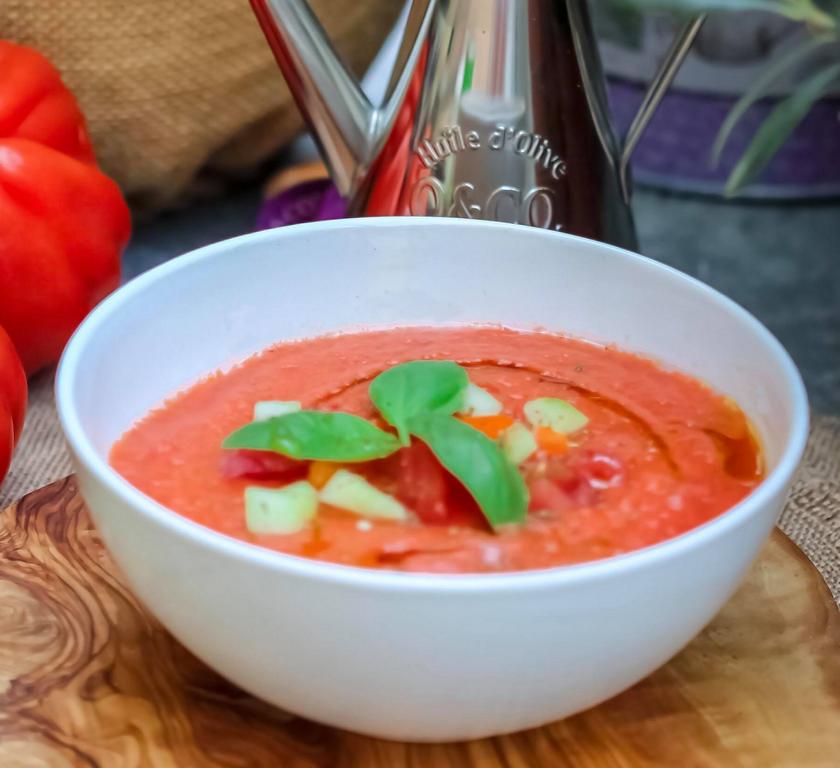 Gazpacho is a cold vegetable soup with tomatoes as one of the main ingredients. It can be very refreshing during the hot summer days. 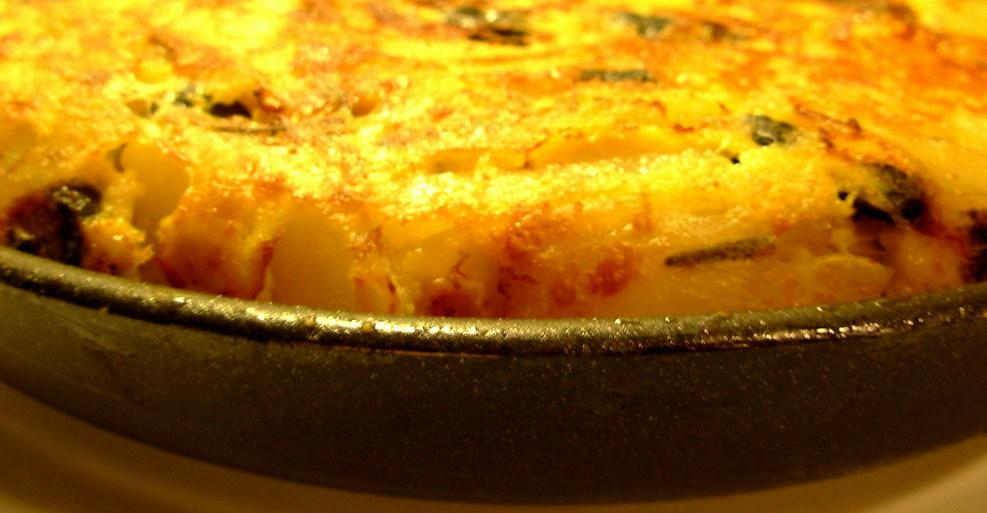 The Spanish omelet which is not to be confused with the Mexican wheat tortilla. It’s made out of eggs potatoes and optionally onions. 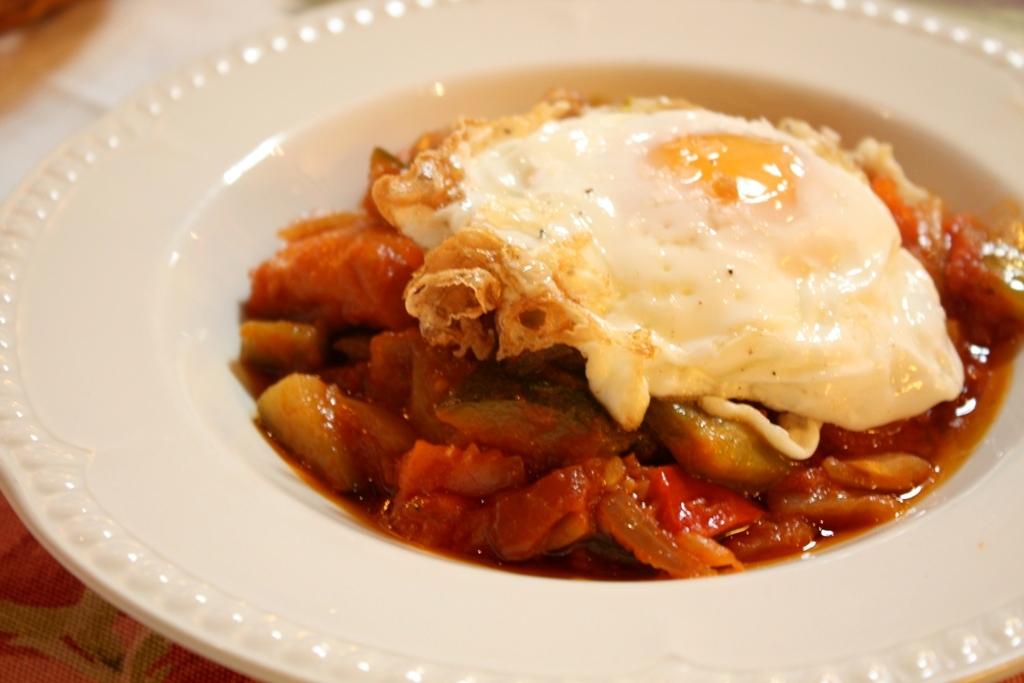 “Pisto con Huevo” by jlastras is licensed under CC BY 2.0

Pisto is a vegetable stew, similar to ratatouille. Usually served warm and with a fried egg on top. 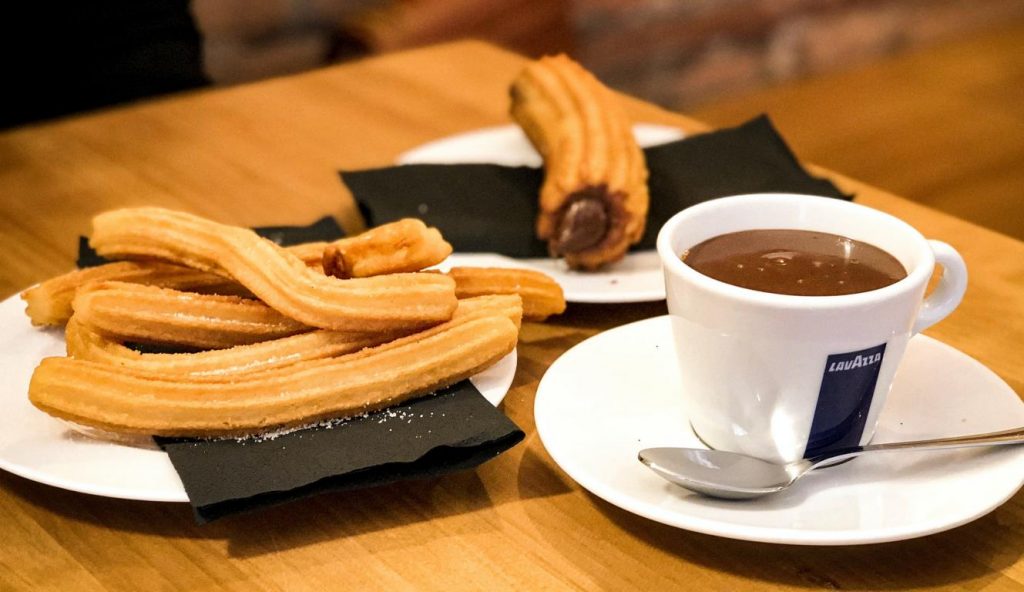 Churros are a type of fried dough from Spanish and Portuguese cuisine.

I think a lot of us are familiar with this delicious baked good, as it’s also quite popular in America. 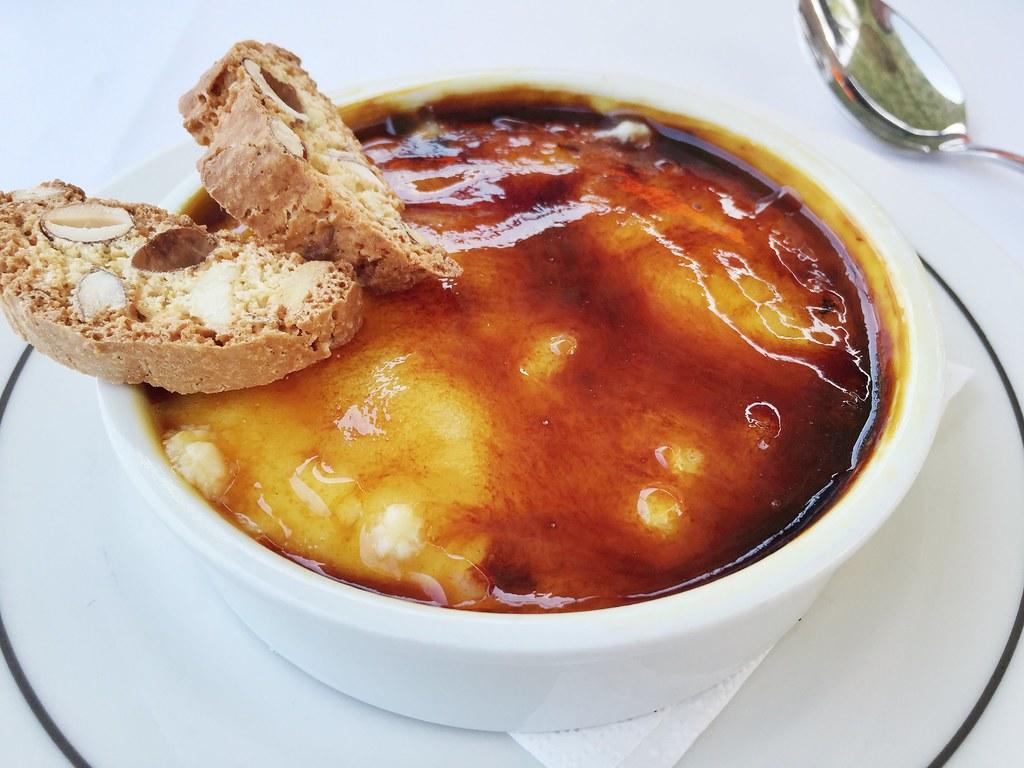 “Crema Catalana” by oswaId is licensed under CC BY 2.0

Crema Catalana is very similar to Crème brûlée but with milk instead of cream. It’s a rich custard base topped with a layer of hardened caramelized sugar. 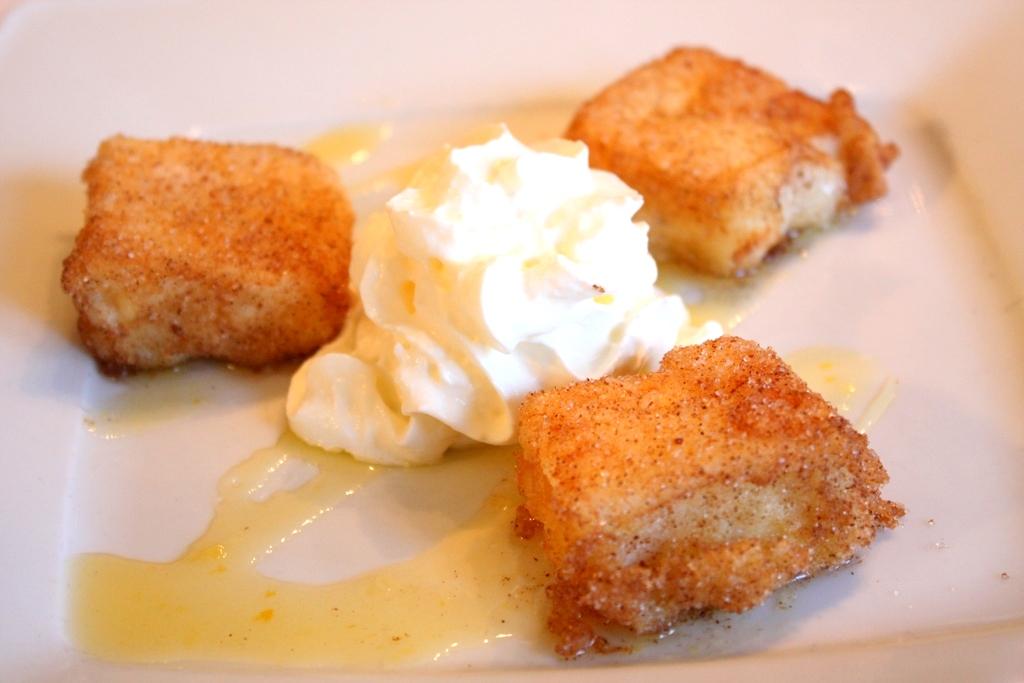 “Leche Frita” by jlastras is licensed under CC BY 2.0

This is one of the times where I personally don’t find the dishes that unusual but still think it deserves to be in this category as it may not be that common for people from other places. 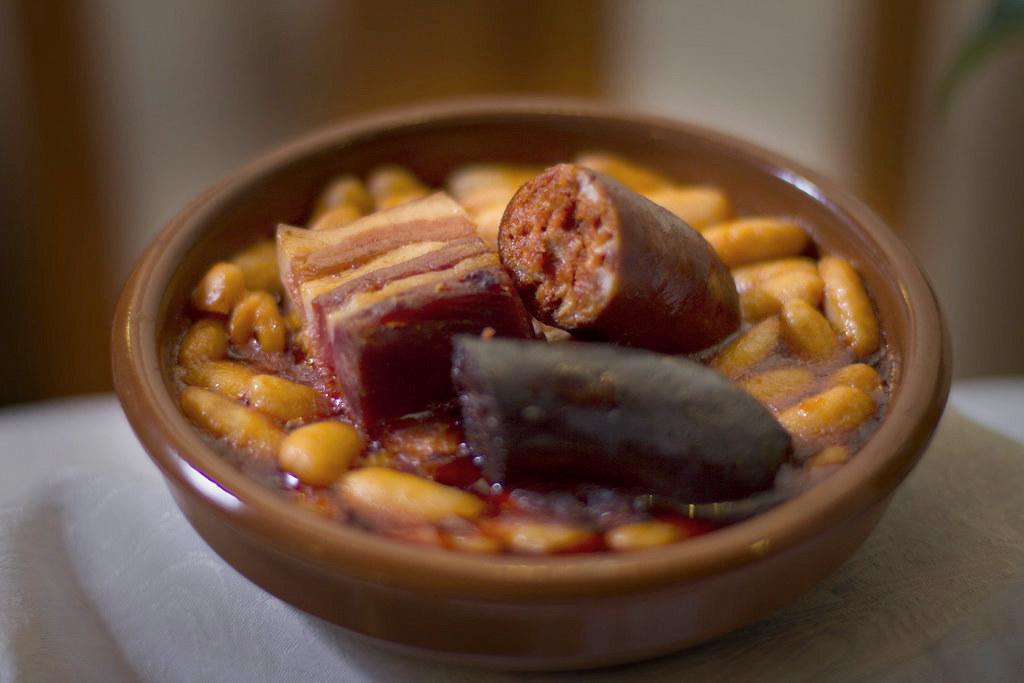 Fabada asturiana is a Spanish bean stew from the Principality of Asturias. The thing about it that might be unusual for some people is the morcilla which is a kind of blood sausage. Which is usually a part of the stew. 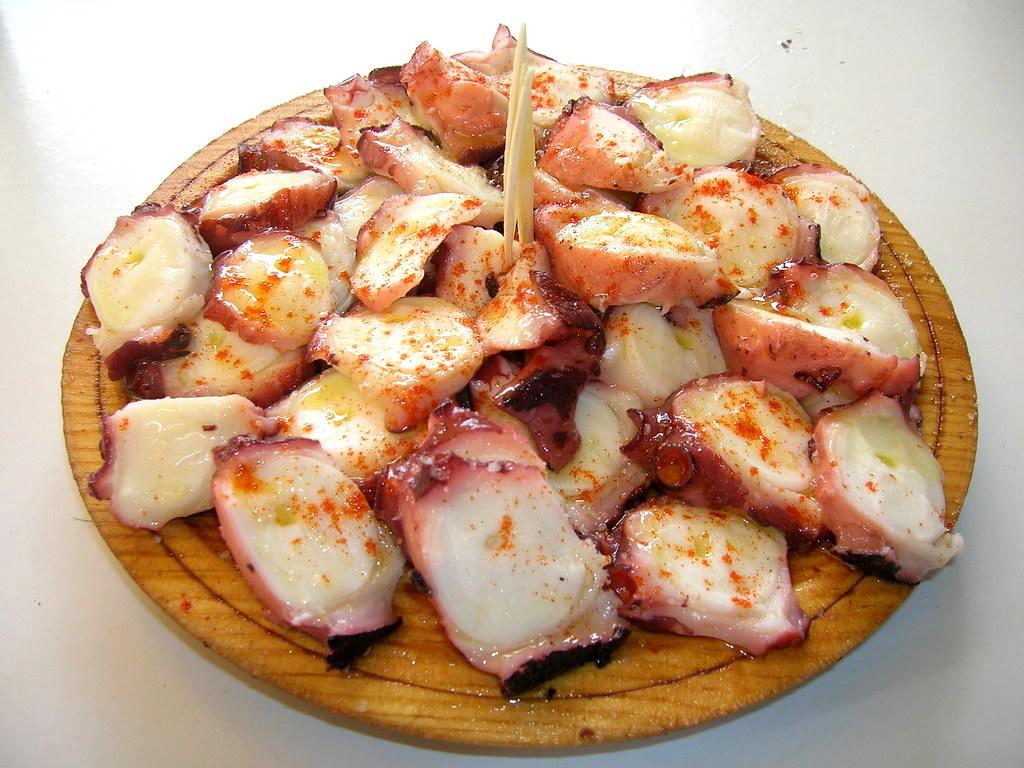 “Polbo á Feira” by FreeCat is licensed under CC BY 2.0

Pulpo is an octopus that is, in this case, served as tapas. I personally prefer Calamari baked in batter. 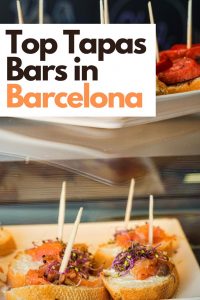 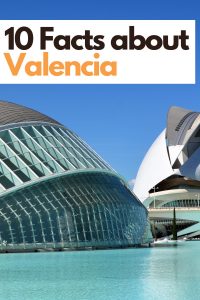 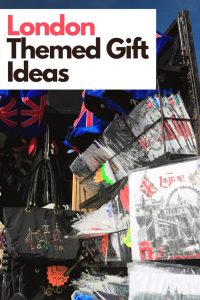